WHY IS VITAMIN D SO IMPORTANT?

Why take vitamin D? First off let me clarify the difference between vitamin D and vitamin D3. Vitamin D3 is the form of vitamin D that is in your blood and that the body uses for every bodily function. When vitamin D enters the body via food or from the sun’s UVB rays penetrating your skin, the body must break it down to vitamin D3 before it can be used by the body. So when you take vitamin D supplements it is best to take vitamin D3. The reason for this is that you save your body the energy that it must use to convert vitamin D into vitamin D3. Anytime you can save the body’s energy, it is a good thing to do.

Despite some of the over blown toxicity claims recently reported, vitamin D and D3 supplements are very safe and non-toxic even at dosages way above the Recommended Daily Allowances (RDA). Actually the RDA for vitamin D is so low it has hardly any therapeutic benefits to the immune system. According to the Mayo Clinic website on the Dosing of Vitamin D, the RDA of vitamin D as of 2010 is 600 – 800 IU (International Units) depending on age and health status.

Personally vitamin D3 is my flu shot alternative. I take 5,000 IU every day during the fall and winter months. I only take 1,000 IU during the spring and summer every other day as directed by my doctor. You may think that is a lot but it isn’t! There are some people who take even more because of certain health issues. The reason I take more during the colder months is because I cannot get my free 20,000 to 30,000 IU from the sun during the fall and winter when there is less daylight. 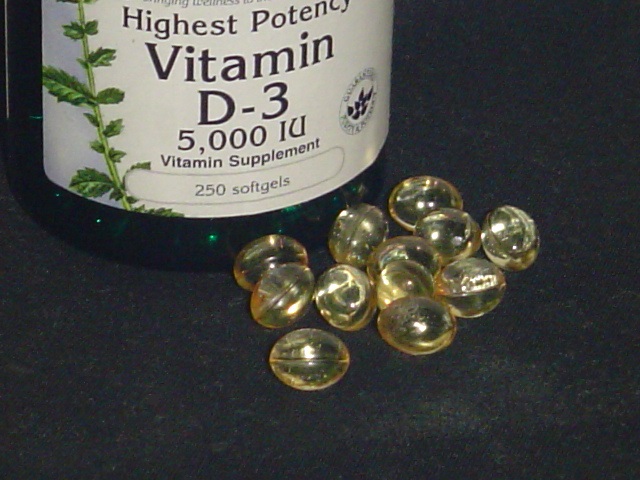 According to Dr. Julian Whitaker, MD in his January 2003 Vol. 13, No. 1 issue of Health & Healing newsletter he says the following. “The human body is able to handle very high amounts of vitamin D without toxicity. According to the Washington, DC-based Council for Responsible Nutrition, regular doses of 2,000 IU have no known risks, and more than 50,000 IU would have to be taken daily to produce toxicity. The safety concerns about vitamin D are supported less by science than by knee-jerk biases against nutritional supplements.”

Of course it’s not supported by science because the people who claimed that vitamin D supplements are toxic have billions of dollars to lose. If the public found out how safe and effective vitamin D is at preventing the flu, other colds and infections and many autoimmune diseases, the drug companies would lose a fortune.

THE DRUG COMPANIES DON’T WANT YOU TO KNOW THE TRUTH

Put yourself in the shoes of a CEO of a pharmaceutical company that makes drugs to treat cancer or osteoarthritis or a flu vaccine. Your company is making millions and millions of dollars off of these drugs. Those who are taking them will always need to take them so that their problems can be treated. Then scientists and doctors start realizing that the one thing that many of these infections, diseases and disorders have in common is vitamin D deficiency.

Then people start taking vitamin D or D3 and start having their problems go away. As that CEO you see the sales of your blockbuster drugs starting to slow down. What are you going to do to stop people from using vitamin D? – I know! Pay for a study that says that vitamin D is toxic to scare people off of it and back to your expensive drug therapies.

If vitamin D could be patented I am sure the drug companies would definitely market it. It is already known that vitamin D helps with more than just Calcium absorption. It helps with many things from autoimmune disorders to viruses and so many other things in between. Vitamin D is free when you can get it from the sun. Everything and everyone needs this sunlight energy to thrive and survive. Do you remember from school what creates Photosynthesis? Light energy from the sun. We all need the sun for vitamin D production and thus a stronger immune system. 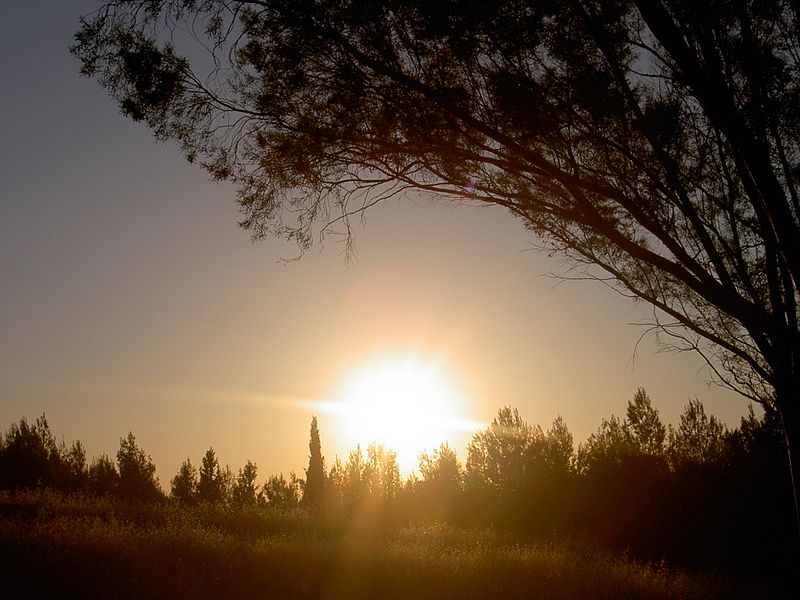 WHERE IS 35 DEGREES NORTH LATITUDE?

However if you live 35 degrees north latitude (which I do) you do not get enough UVB radiation from the sun to make vitamin D during the colder months. This is one of the main reasons why the cold and flu season occurs at this time of the year.

How do you know if you live 35 degrees north latitude? If you look at a map of the United States starting from the East Coast and draw a line across the country starting near the southern tip of New Jersey, everywhere above that line doesn’t get enough UVB radiation from the sun during the colder months. So that means if you live in and north of Philadelphia, Indianapolis, Denver and Reno, you must supplement with vitamin D during the colder months.

During the warmer months when your body makes its free 20,000 to 30,000 IU of vitamin D from the sun after 15-30 minutes of sun exposure, (30-45 minutes for those with darker skin), your body will store in your fat cells what it doesn’t need. Once the body’s stores are full, vitamin D production stops. Then when the colder months occur and vitamin D production is almost nonexistent, the body draws from its storage until it is gone.

After that the only way to keep a high level of vitamin D3 in your blood is to take supplements. The foods with vitamin D and D3 are not even enough to get you up to the lowly RDA amounts. Many doctors like Dr. John Cannell, MD and Dr. Julian Whitaker, MD will recommend 2,000 IU of vitamin D3 a day for daily wellness. However you may need even more than 2,000 IU but that can only be accurately determined via a blood test. If you can’t get your doctor to check your vitamin D3 levels in your blood, taking the recommended 2,000 IU per day is a great safety net until you know for sure.

Practically everyone in this country regardless of where you live is vitamin D deficient because of a lot of factors, other than living 35 degrees north latitude. If you wear sunscreen a lot, are overweight, have health issues, smoke cigarettes and have any type of autoimmune disorder, you definitely do not have enough vitamin D3 in your blood. 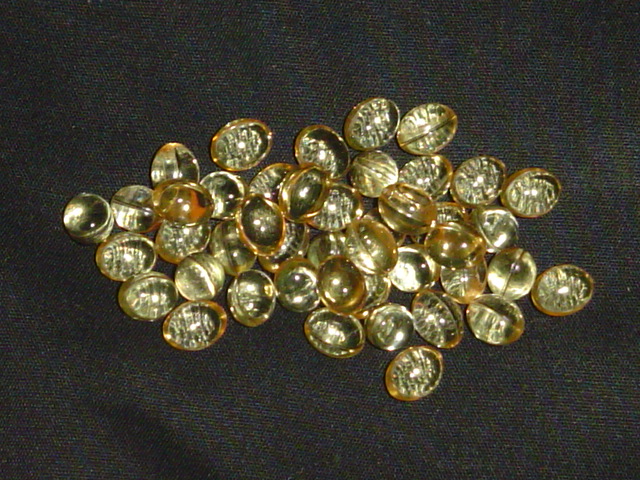 If you want proof have your doctor perform a simple blood test for 25-hydroxy vitamin D also known as a 25(OH)D test. This is what my doctor recommended to me more than 10 years ago and yep, I was vitamin D deficient, even though I ate a lot of fruits and vegetables and hike at the park. But that really didn’t surprise me because I live 35 degrees north latitude in the New York City area. According to my doctor, optimal blood levels of vitamin D3 should be in the 50–70 ng/mL range.

So just like Exercise and Sleep, Vitamin D is free during the warmer months for those living 35 degrees north latitude. When the colder months occur, the further south you are from 35 degrees north latitude the more you will get from the sun for free. The closer to the equator you are, the better. But since most of us cannot just get up and move south when the days get shorter and colder, supplementing with at least 2,000 IU of vitamin D3 is a great “ounce of prevention” that can lead to “a pound of cure.”

There’s a great little story I read somewhere about Dr. John Cannell, MD, the Executive Director of the Vitamin D Council. – Back in early 2005 while Dr. Cannell was working at a California maximum security psychiatric hospital, a big flu epidemic broke out. Many people became infected except for everyone in Dr. Cannell’s ward. There was no difference in the age and condition of his patients than there was from the other patients. Both infected and non-infected patients mingled throughout the epidemic and both groups were treated by the same nurses. The only difference between the two groups was that Dr. Cannell had been giving his patients 2,000 IU of vitamin D every day for several months prior to the influenza outbreak. – If I wasn’t already taking 1,000 to 5,000 IU of vitamin D3 every day, I would have definitely started after reading that story.

Personally I will never stop taking vitamin D3. All of the stories and reports are true! It is not just the best, safest and cheapest way to prevent the flu and other colds and viruses but vitamin D3 is becoming the go-to solution for a whole lot of diseases and disorders. More to come on this awesome vitamin!

If you have any questions about Vitamin D3 or would like to share a story about a personal experience, please leave post it in the comments section below and I will respond back within 24 hours. Thank you.

6 thoughts on “Vitamin D Is Important”